On July 13th 2018, SKA Africa, the new radio telescope array in South Africa released this most detailed and exquisite image of the black hole at the center of the Milky Way to date. 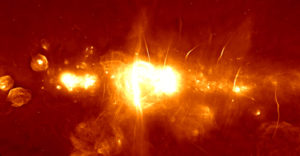 The image width corresponds with a distance of approximately 1000 light-years.

See the SKA media release for how the image is made from the data.

The black hole with a mass of 4 million times our sun is roughly the bright spot located in the middle of the image and appears to be 200 light-years across. Looking at it in detail one cannot help being just awestruck by the smoke-like wisps of energy/matter which seem to be on the order of 1 or 2 light-years in diameter.  Just what these filament-like structures are is still a mystery to the scientists.  I find the spatial sense and dynamics of it all to be most humbling. 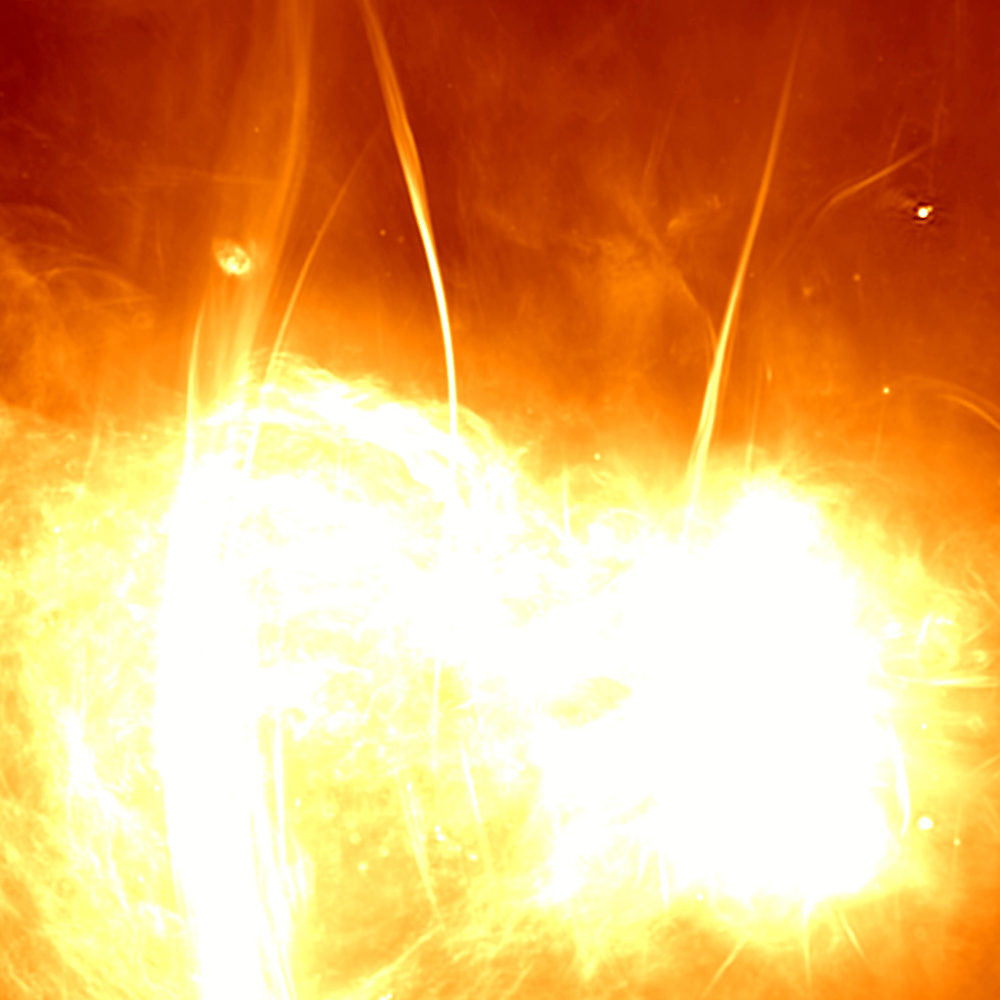 While studying these images a hypothesis occurred to me. It isn’t a new thought, but I had never before tried to formulate it insofar as publishing an article about it. So here goes.

I haven’t studied the physics of wormholes and never really doubted that they exist somewhere in the cosmos. Fundamentally, they are bridges between two points in the fabric of space-time. What if all of the galactic centers in the known universe are connected, not by other structure like wormholes which have some form and definition in themselves, but by some other intrinsic quality of space-time. Just as a klein bottle has only one surface (the inside and outside are all one surface), could it be such that the very center of every galaxy is one and the same point – one source of everything? The monad?

…food for thought and the subject of future exposition!