25 years ago today I released my first CD recording of original music. The inspiration that motivated its creation was my college friend, Ken Borowski, who died of cancer in 1988, a few months before his 23rd birthday. Writing about this here is just part of the process of revisiting the CD in all aspects: the music is a seed for an alchemy experiment by which I am producing new music of a more experimental nature. The new release will be available for download at no cost (although donations will be gladly and humbly accepted) on my web site by the end of the month.

Ken
I met Ken when we were freshmen at Clarkson University in 1984. He lived directly across the hall from me on the third floor in one of the freshman dorms. That year he was my best friend in college. We shared much in common: a love for classical music, playing chess, mathematics and computer programming. Although I was an electrical & computer engineering major and Ken was a computer science major, we shared some basic courses together that first year. Occasionally we played early morning racquetball and had breakfast before our 8 AM classes. Ken even loaned me his car so that I could drive across the New York border to visit Montreal just for the fun of it.

The inspiration for one of the three compositions on Gate of Men which were dedicated to Ken emerged in that year. Having studied Russian as a senior in high school, the language was still fresh on my mind. Ken showed interest in learning Russian and one of the words I taught him was станок (pronounced stanok) which means machine tool in English. We often greeted each other saying ‘stanok’ instead of ‘hello‘. I don’t remember exactly how it started – likely Ken, who seemed to like the word, said it to me with a military-style salute in the hall. (Ken was in the Air Force ROTC, so, that wouldn’t be to far from the norm). For this reason I composed a piece of music with a machine tool in mind, and it even has a reverberating hammering anvil sound.

The next three years as an undergraduate, Ken and I were distanced physically because we lived on opposite sides of Potsdam, NY, attending classes on our respective parts of campus.  The engineering school was downtown across the street from my dorm. The Computer Science classes were on the main campus nearby where Ken lived. We still remained friends, occasionally attending a classical concert at the Crane School of Music only walking distance away from downtown. The last time I saw Ken was when he came to my dorm downtown the day before my Commencement ceremony to collect some tickets for graduation which he requested. While cancer treatments kept him away from his courses senior year, he had already had a job offer for his mathematical and programming skills – something having to do with fractals, unless I’m mistaken. I saw Ken as someone who might have worked with Ray Kurzweil then, or Elon Musk now.

Later that year after Ken died, I committed myself to creating a few tracks and (in the vernacular of the music biz) shopping a demo around. I wanted three compositions and those three were CTAHOK, Twilight and the title track, Gate of Men.

Gate of Men is a rather obscure reference. According to Star Names, Their Lore and Meaning by Richard H. Allen, Platonist philosophers believed the souls of men descended into human form by way of the constellation of Cancer. Intuitively I felt compelled in choosing this name for the track and the entire album. Rich in complex instrumentation and counterpoint, this composition was composed in memory of Ken for his love of classical music, particularly his love of Bach, and his intellectual endeavors into complex systems.

The Demo
In 1991, I created a music publishing and recording company, Antiquus Et Modernus Music.  (It was named thus because I loved the idea of blending ancient modalities and modern technology, best exemplified by the music of Dead Can Dance or Enigma’s CD, MCMXC a.D., which was popular at the time.) Digital audio tape was the preferred format and, with another person acting as a manager/agent, I did get several major record labels to listen to the demo tapes. I admit the music was a bit esoteric for them. But, I was proud of getting my feet in the door and it was quite an accomplishment, irrelevant though a learning experience.. As many of my musicians friends were doing, I decided to start my own record label, another branch of Antiquus Et Modernus Music that I would eventually abbreviate as AEM Music.

CD Cover Artwork
It was in the next year when I decided that a crab would be appropriate on the CD cover, as the Constellation Cancer would resonate as a symbolize Ken’s death due to Cancer. But I had no vision as to exactly how that would manifest. Then, a series of synchronous events occurred to lock in my choice, as if I had a choice. No. I believe the cosmos just called my name and held my eyelids open until I saw it. Certainly, Patience and Persistence had a hand in it, as did Serendipity and Synchronicity. These are my four artistic Muses and they deserve to be capitalized..

While at a doctor’s office, I was flipping through a copy of New York magazine issued on April 20, 1992 when I came across an article about an artist whose name looked familiar, Walter Anderson. I didn’t quite know why at first. A beautiful image of a crab which was oddly painted on two separate sheets of paper had distracted me. So, I began to read the article. Lo and behold, the very obscure artist was the same Walter Anderson (1903-1965) that I studied in 9th grade. My school in Pass Christian, Mississippi, was not far from his home in Ocean Springs.

Walter Inglis Anderson was born in New Orleans, LA on September 29th, 1903. As a lad, he had studied in New York, New Orleans and finally completed his educational course in Philadelphia where he attended the Pennsylvania Academy of Fine Arts. Afterwards he traveled to France to embrace the art of Paris and the Gurdjieff ‘new age’ movement.

Meanwhile, his family had settled in Ocean Springs, Mississippi, a place which was to become Walter’s destiny. After a quasi-settling period of marriage and a business with his brother creating figurines, Walter had bouts with mental illness which occasioned his self-admittance to mental hospitals. Afterwards he began the periodic sojourns by rowboat to the Mississippi coastal islands, primarily Horn Island, where he remained for weeks at a time, painting nature with watercolors and typewriting paper. He bore the elements and seemed content to eat rice while he captured with brilliance the mystical qualities of gulf coast flora and fauna.

I had not been to Horn Island, but when I read this I was nostalgic for the time when I visited the small nearby Ship Island with the school in which I learned about the artist.

Walter Anderson died of cancer on November 30th, 1965, the same year in which Ken was born.

Walter Anderson’s art is rich in color and delicate, yet vivid in its celebration of life. There is pronounced symmetry in his work which reminds me of Escher. Ken had an interest in Escher’s work and I think he would have appreciated Walter Anderson.

The New York article mentioned a gallery in New York City which held the estate artwork and so I called them to see if it would be possible to use this artwork as an album cover. In my initial phone call, I was told that painting was not available. I was disappointed but not surprised.

Some time elapsed and, while browsing in the art section of a used bookstore on Long Island during my lunch hour, I stumbled upon a brightly colored book which turned out to be The Horn Island Logs of Walter Anderson, a journal illustrated with paintings by the author made as he sojourned to the coastal islands of Southern Mississippi. It was in this book (edited by Redding S. Sugg, Jr.) that I found not just a crab, but a Ghost Crab. Aside from being a beautiful and richly colored watercolor, the image presents ghostly symbolism as the shell of a ‘soul’. I said to myself, “how perfect is this?

The next step was to call the same gallery in New York City to see if this crab could be used as the CD cover. Sadly, I was informed that Ghost Crab was not available. However, the consultant offered to send me a color transparency of a painting called “CRAB 1949” for potential use. Curious, I agreed and on September 2, 1992 I received the transparency in the mail. What I received was the film for the first crab that appeared in the New York magazine article. While I would have accepted that when I first called, it was not the right choice now. I wanted the Ghost Crab, dammit! So, I returned the transparency of CRAB 1949, and something happened – minds changed, works appeared out of thin air – I don’t know. But, suddenly the Ghost Crab was now available and I verbally agreed to accept it. Huzzah! An invoice for the reproduction and photography fee came the next month, November. Finally, with a memo dated March 2, 1993, I received the transparency – an early birthday present for me.

Composing and Recording
All I needed at that point was to compose the seven remaining tracks for the CD. A few things slowed down the process. One was moving to the Netherlands in the spring of 1994. At that time, I was also in talks to compose music for an independent feature film being made by a film professor at Hofstra University. If I were to do that, I had to work from Europe, which I did and flew back to spot the film with the director shortly after getting settled. But, in 1995 I took a two-week vacation from my day-job as an engineer, and completed Gate of Men.

The rest is history!

I did the whole “marketing thing” with the venture a financial loss, and although at the time I was still deluded into material pursuits, it never was about the money. Two years later in 1997, I walked away from my engineering career, financial security, and an unhappy relationship to pursue a music career further, but I was still deluded. Yet, the new trajectory began my awakening. Coincidentally, The Awakening was my next big music composition project but that is beyond the scope of my writing today. Everything happens for a reason. And as I write this, I’m feeling an ineffable catharsis. So, I think this essay has helped more than I anticipated, with regards to getting more engrossed in this next music project.

Onward and upward to the  ambient soundscape of Descent !

(Onward and upward? To a descent? Well, yes indeed! That is part of it. Where there’s a descent, there’s an ascent. As above, so below…)

CLICK HERE to listen to Music Composed by Michael Armenia (on Soundcloud.com) 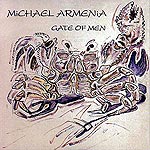 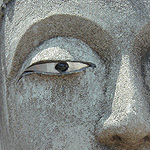 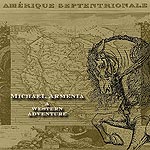 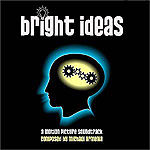